It is now acknowledged that over around half of the ocean surface, the micronutrient iron governs biological activity. This means that our ability to project the impact of climate change on the ability of the ocean to store atmospheric carbon dioxide and support marine food webs will be regulating by the response of ocean iron cycling. 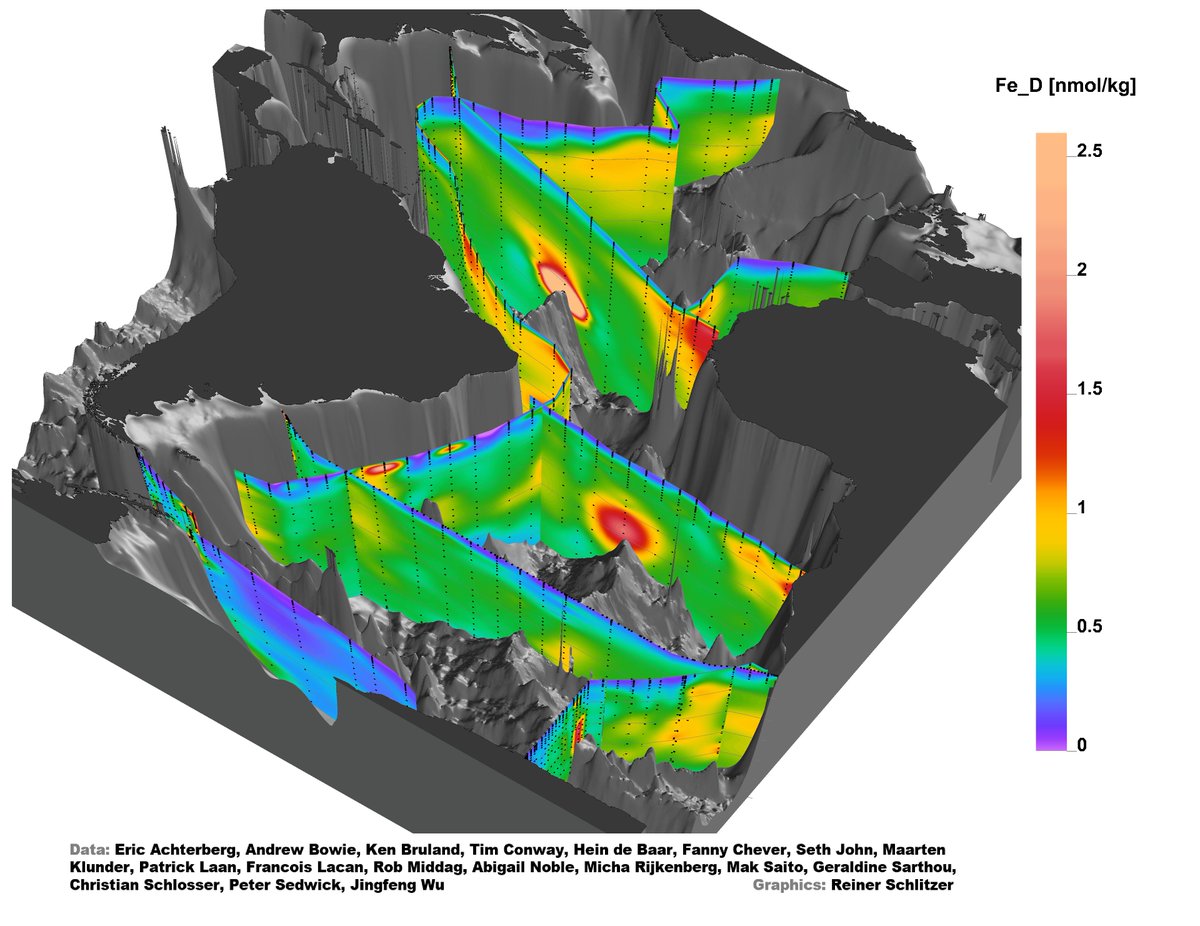 In recent years, as part of the international GEOTRACES effort, we have learned much about the unique nature of ocean iron cycling and in particular the role of sources from hydrothermal vents (see the ‘hotspots’ along the mid Atlantic Ridge in the iron data on the right) and the difference it shows in the ocean iron distribution compared to other nutrients.

FRidge is a UK led research expedition to the Mid-Atlantic Ridge (International GEOTRACES section GA13), which will explore hypotheses regarding the mechanisms that shape the ocean iron distribution and in particular the role of hydrothermal inputs from distinct vent sites along the ridge.